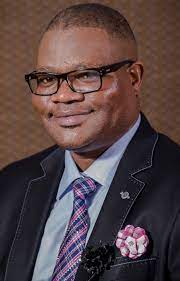 The Joe Gqabi District Municipality Executive Mayor, Nomvuyo Mposelwa, is still shocked by Former Joe Gqabi District Municipality Executive Mayor has Passed on. The untimely death of former Executive Mayor, Zibonele Shoes Dumzela, over the weekend. Councillor Mposelwa has sent heartfelt condolences to his family, friends and comrades who
worked with him in the past 20 years in local government. Mayor Dumzela was a true leader who understood politics and the needs of his society. He led the region with great passion for service delivery especially water and sanitation as it is the core function of the district municipality, as well as economic development.

He was one of the youngest Mayors of the Transitional Local Councils at Lady Grey before 1995 local government elections. He was the first Mayor of Senqu Local Municipality, a position which he held for 10 years. He excelled in good governance as he was one of the few mayors to achieve Clean Audit opinions.

In 2011 he became the Executive Mayor of Joe Gqabi District Municipality. He occupied this position for two terms, where he brought a lot of improvement in fast-tracking service delivery both for economic development and job creation. During his era he managed to source funding for water projects to cover villages and towns in the District. During his tenure, Joe Gqabi District Municipality has been administered like a business entity and he made sure that there is stability for smooth running of the institution.

Former Executive Mayor Dumzela was a true public representative and he will be missed for his calmness during crisis and challenging situations as he was always seeking for amicable solutions to challenges.

May his Soul Rest in Eternal Peace